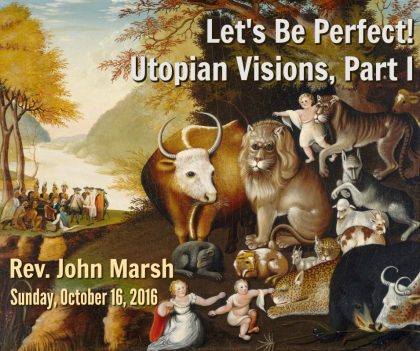 North America was and is awash with attempts to form the perfect society. Boston was to be “a city on a hill.” Philadelphia was William Penn’s “holy experiment.” The state of Georgia was started as an experiment to have a society free of slavery at a time when slavery was still allowed in the other 13 colonies. There were numerous 19th century experiments in communal living — several that were led by Unitarians and Universalists. What can we learn from their enthusiasm?