In May of 2015, some UUCSJS members saw a need to create a Racial Justice Task Force. Our former Interim Minister Rev. Cynthia Cain was the initiating force, as racial injustice has been a great concern of hers for many years.

An idea was approved to create a BLACK LIVES MATTER sign to be placed on Pomona Road. In August 2015, following a short afternoon ceremony, the sign was placed next to our congregation’s sign. 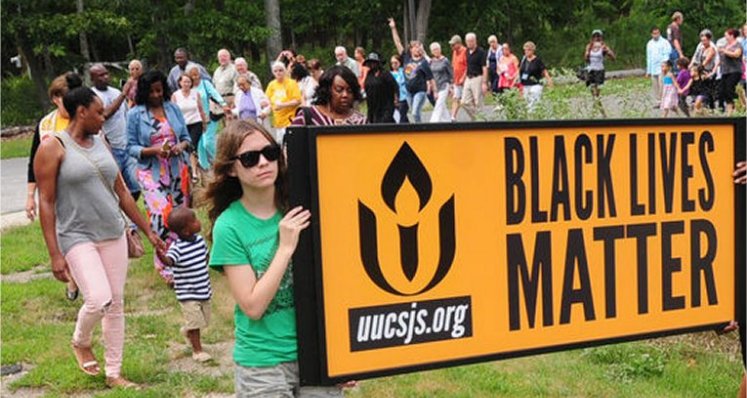 We were joined by some Black members of the community, especially from the AME Church in Pleasantville, where Rev. Cynthia had taken flowers to express our condolence and solidarity following the Charleston Church massacre. We received favorable local publicity. 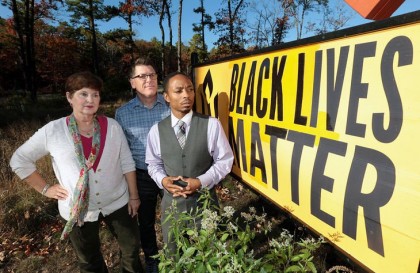 In September, our BLACK LIVES MATTER sign was defaced with white paint saying “ALL” on top of the “BLACK”. This event made local and national news. After a few weeks we repainted it. It was torn down once, and defaced again. 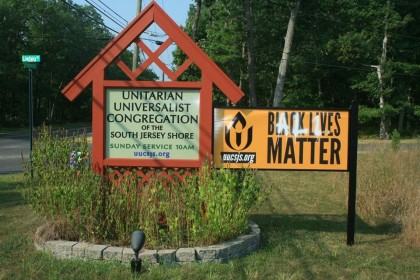 After many defacements, we have redesigned both the sign and its support structure. The new sign is installed March 5, 2017. We won’t be silenced! 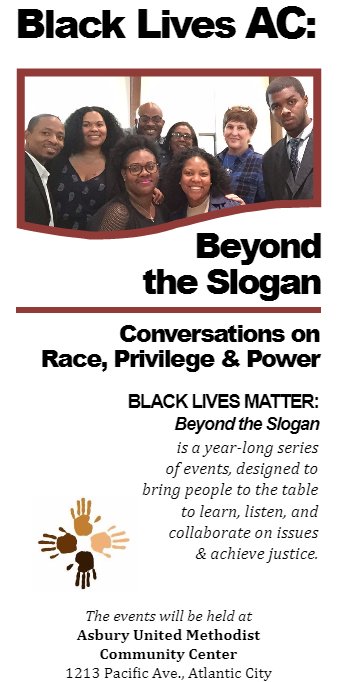