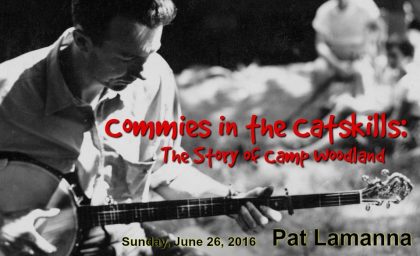 Commies in the Catskills: The Story of Camp Woodland
Guest speaker Pat Lamanna

Camp Woodland was a left-wing summer camp in Phoenicia, NY which flourished from 1939-1962. In addition to being known for collecting the folk songs of the Catskill region (and the place where Pete Seeger learned "Guantanamera"), it taught the children who attended (Pat included) a set of values and ideals which are nicely summed up in our own Seven Principles.