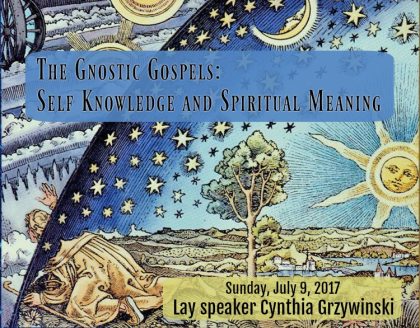 Before the discovery of the gnostic gospels at Nag Hamadi, Egypt in 1945, all that was known of this early Christian sect was what was written about them by their detractors, mainly Catholic bishops from the 1st and 2nd centuries CE. The Gnostics believed self-knowledge (gnosis) was the key to spiritual union with the divine. The early Catholic Church condemned them as heretics and successfully abolished almost all traces of them, until the amazing Nag Hamadi discoveries. But what made their beliefs so threatening to the orthodox Catholic hierarchy? Can we draw any parallels between our UU faith and Gnosticism? And what’s the movie “The Matrix” got to do with it?