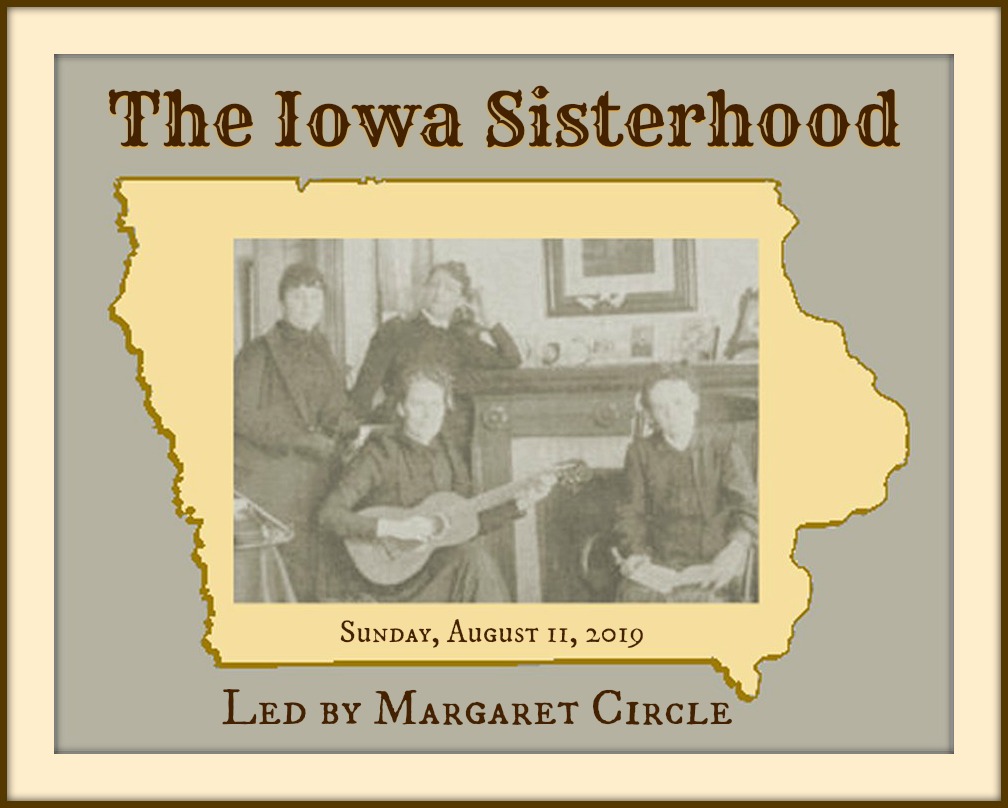 In the late 19th century, two dozen female Unitarian ministers served congregations on the western frontier, with a different style of ministry than their male counterparts in the staid churches of New England. In this service, you will meet several of these pioneering women who called themselves the “Iowa Sisterhood.”